Bit­coin is pre­cisely NOT fiat. Fiat means “by decree” as in govt decree. It is not cre­ated by govt. This is the best thing about BTC. And StClair is a good man but very old school. Com­put­ers are not his thing. BTC is the evo­lu­tion of cryp­tog­ra­phy… a sci­ence that is cen­turies old. It works.﻿

I don’t need to some­one has already decreed it for you to believe in. And I have no need to deceive any­one. I give and the uni­verse returns.

Who was it that decreed bit­coin into exis­tence?﻿

You believe in it . You tell me. Also that was my point no one knows!﻿

Well, that’s exactly it: nobody decreed it. peo­ple can run a pro­to­col and com­pete with oth­ers to cre­ate bit­coin. There’s no decree involved at any point.﻿

If no one decreed it, you would not know about it?

What do you think “decree” means?﻿

In Eng­lish : an order usu­ally hav­ing the force of law. Of cause you may not know (or believe) that Eng­lish is a lan­guish of thought con­trol. Which is why many feel the need to obey. It’s the rea­son why peo­ple don’t know the law, but can tell you what you can and can not do. Regard­less if you have not hurt any one. So if you don’t know who you are, you can be told any­thing. In other words any one who tells you this is law you obey that decree! But the point is you have to be told. Did some­one tell you about bit coin? Maybe your not as inde­pen­dent as you believe.

What was the order that decreed Bit­coin? What force gives it author­ity?﻿

There is no force of author­ity but truth! Do you think that being decree by the gov­ern­ment gives it some kind of author­ity? Woe be it to those who take author­ity for truth rather than truth for author­ity!﻿

Of course I don’t! That’s why I like Bit­coin, because it’s decen­tral­ized and not under the decree of any author­ity. Christ, help me… Do you get this?﻿

It is not my inten­tion to upset you. I have sil­ver I have gold. I live in this sys­tem. I use the fiat the is eas­i­est for me, but I don’t believe in it. I am not telling you what to do you as every­one else must gov­ern them­selves. But that only brings us back to what is right and what is wrong.

I don’t care about being upset. I just don’t get why you don’t under­stand that bit­coin is NOT made by decree. It’s not. It’s made by run­ning a com­pet­i­tive protocol.

A decree is a state­ment. You may not have reach this under­stand ( and it’s deeper than I wanted to get) but every­thing comes into being by the tongue! But let’s keep it sim­ple, if no one told you about bit coin, how would you know about it?

A decree is not just “a state­ment”. That’s like say­ing that any state­ment is a law. You’re using sophistry. If you can’t stop doing that then this isn’t a con­ver­sa­tion. Can you stop using sophistry?﻿

Again you must learn what law is before you can talk about it. There noth­ing decep­tive in what I am say­ing, if you can’t under­stand it, well that’s one thing. Again what your talk­ing about now are codes and reg­u­la­tion not law. I told you what law is. If you are hav­ing cog­ni­tive dis­si­dence because you find it hard to under­stand how truth is author­ity. And one must have truth to have law, and it is not because some­one type up a paper and put a rub­ber stamp to it, then your right there is no use in this con­ver­sa­tion. ﻿

We can objec­tively test weather or not you are using sophistry by hav­ing you answer one ques­tion, and the ques­tion is this:

Answer that and we will know if you are a sophist, thanks

Of cause every state­ment is not a decree. If I say “hello how are you.” That is a state­ment with a ques­tion. But there is no doubt that every decree is a state­ment! What is your point? Let get back to the sub­ject! I don’t think you know what money is. What do you think is money?﻿

Money: A tech­nol­ogy sys­tem that uni­ver­sal­izes debt by iden­ti­fy­ing units of exchange for a con­sen­sus ledger.﻿

Where did you get that from? Money is : 1 A medium of exchange. 2. A unit of account. 3. A store of value. 4 is fun­gi­ble! Now when you put all this together what you have is a com­pres­sion of you time ( Your energy) In order to con­tinue I’m just going to assume that we agree on this. (I do how­ever under­stand we may not) If money is a com­pres­sion of your time ( your work com­pressed into say a coin) And Bit coins are mined by the work of a com­puter, that does not get paid. Then some­body has usurped your labor.

Money is just a unit of exchange rep­re­sent­ing debt on a ledger. This is the most ancient exam­ple of money we can use. The Aris­totelian spec­i­fi­ca­tions of “good money” are built on top of this.﻿

(Real­ity con­trol they call it in newspeak Dou­ble­think!﻿) you bet­ter go back and read that again. That is some­thing Rock­e­feller
might say. But it dam sure was not Aris­to­tle! That was not even a good try… GO research! The points I gave you are from Aris­to­tle!﻿ ﻿They were not talk­ing about debt as money in Aris­to­tle time. Debt (as in debt from frac­tional money) came into exis­tence in Eng­land. Hell of a long time after Aris­to­tle! The path to wis­dom is when you don’t know some­thing admit to your­self “I don’t know” and then find out the truth of the matter.. 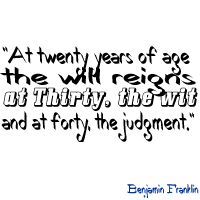