Oh, Dam, I did it again! I donated to Tulsi. Why do I stand with Tulsi?

To build a move­ment for peace at home and abroad that will ful­fill the promise of Amer­ica, of free­dom, jus­tice, equal­ity, and oppor­tu­nity for all. So, you didn’t know she was run­ning or even worst you never heard of her? If that is the case it is because she is run­ning to cor­rect the direc­tion of the nation. This is not a plat­i­tude, so I’m giv­ing some more space to the only out­wardly anti-​war can­di­date. Remem­ber why Trump won, He won because he said he was an anti-​war can­di­date (Along with Clin­ton, Bush2, and Obama) How did that work out for us? None of them talked about fol­low­ing the money. The news said she can’t win. Do I care? NOPE!

Why because I donated for the mes­sage to stay in the pub­lic space.

The last time I voted was for Carter… We all make errors!

P.S. Tulsi where is my hug?

I’m just a sucker for a petty face?! 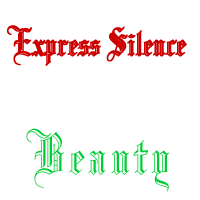