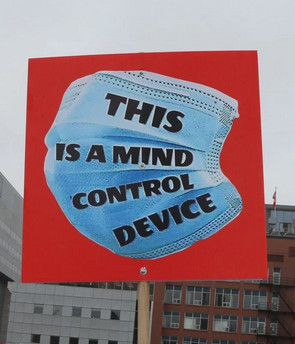 I have not had the time to do any work on Genet­icMem­ory because I’m work­ing on some­thing com­ing soon. How­ever, I had to take this time to bring you some­thing you might have missed. The CDC has now pub­lished that deaths from Covid-​19 with­out comor­bidi­ties only account for six per­cent (6%) of reported death. That is to say that only 6% of reported deaths of peo­ple who died, died from Covid-​19 alone. It seems that Covid-​19 has become an IQ test. And that IQ is pred­i­cated on cur­rent events. (There are also some sopho­moric issues like, know­ing the dif­fer­ence between “Micro scale” as opposes to “Nano scale” How big is bac­te­ria? How big is a virus? And how big are the holes in your mask? Also virus float in the air and don’t drop after 11 feet!) And lets not even talk about the funny money issue”.) Or in other words, how much you have been pay­ing atten­tion. All I’ll say is at some point down the line, you’ll fine out, if you have woke up that this is all about the cur­rency. There was, this past week a rally in Ottawa on Par­lia­ment Hill, Against Mask and Social Dis­tanc­ing. There was also one in Eng­land at Trafal­gar square. Oh! My bad, did you hear about those already?

or use raw link (copy and paste)

We have 107 guests and no members online