This is going to be real short. The num­ber one thing I must tell you is “I AM NOT A TRUMP SUP­PORTER” of Trump or the two party sys­tem, so don’t get it twisted! How­ever, The real pow­ers in the nation must really want Trump out of there! Because there is no work­ing test for the detec­tion of Covid 19! I have said this before and I’ll say it again, it seems like some­one or some­thing has taken all the peo­ple crit­i­cal think­ing away. Does any­one remem­ber JFK? How about 911? We have been told sto­ries that any ele­men­try school child, given all the related infor­ma­tion of the events of 911 would say “some­thing is wrong with that story”. Just take a look at how air­craft are made. Do you really believe that could pena­trate a steel and con­creat structure?

I will not go into the JFK story because there are to many mov­ing parts (details) to go into. How­ever, 911, we can do some sim­ple crit­i­cal think­ing and come up with an opin­ion. Keep­ing in mind that this story is not about 911 or JFK. How­ever, we could even and the 1933 Gold Con­fis­ca­tion Act, how­ever, at that time no one (or I should say not many) really had rea­son to dis­trust the gov­ern­ment and the major media. No so today! If you trust the major media now, there is not to much that can be said about your abil­ity to put two an two together and get the cor­rect answer. Then there are those who are in it for thew money and I’m not at this time talk­ing about mil­lion of dol­lars, not that it mat­ter, unless you do under­stand that you have know­ingly taken the bride! If you dont know what I’m say­ing about the money, then when I tell you the money at one time had real value, that is it was backed by some­thing. Even if you believe that Gold and Sil­ver are over-​rated it’s still some­thing at this point we (the peo­ple) are just work­ing off a mem­ory of what is money. But the post is not about money or 911 or JFK, so lets get back to Trump pos­i­tive Covide test. Con­sider what the CDC (The Cen­ters for Dis­ease Con­trol and Pre­ven­tion) has said about the Covid num­bers. My first impres­sion “Some­body is lying”.

We have never seen the Major Media go after a Pres­i­dent in this man­ner, and if you think it’s because he is allegedly a racist, then the peo­ple are big­ger fools than I even I thought was pos­si­ble. Long ago the gov­ern­ment decleared war on the pop­u­la­tion, only they didn’t tell the peo­ple because it’s eas­ier for them to fight the war on you if you don’t know about it. When has the nation ever really cared about racist? Not that I expect a reply, I’m start­ing to belive that I’m not the only one with dyslexa around here. I may mix up let­ters and num­bers, but I can still think crit­i­cally, how about you? 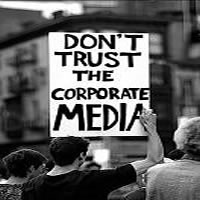 Also: Trump gets covid 33 days before the election?

We have 20 guests and no members online

What's in Your Mask?