The feel­ing is strong and it over­pow­ers my thoughts, I am not aware of the real­ity that my blood knows only to well!

My mind is hos­tile for the wrong rea­sons, I am only sun and man, but the need to be brother is tremendous!

Their seems to be many for profit gurus of the law in these days. Some claim to have been in jail and some do not make such claims. I’m not clear how going to jail makes one an expert at law, but there are many things that can get pass a per­son who has no under­stand­ing of the mat­ter at hand. Under­stand­ing the mat­ter at hand when it is new to you requires that you keep an open mind and pay close atten­tion. The worst thing one can do as a stu­dent or a teacher is to have a close mine or assume that you already know or should know.

Last year I was intro­duced to a show on inter­net radio. This show con­cerns itself with many issues the main one being going to court. It is a pub­lic ser­vice show (in that the show pro­vides a small pub­lic ser­vice with addi­tional options for more in depth help). And for that I com­mend the show because it takes a lot of ded­i­ca­tion to be able to do a show every day of the week. That being said, many times teach­ers on this sub­ject become vain­glo­ri­ous and there­for com­pla­cent. When that hap­pens it becomes hard to see new ways. (that really were always there!) For that rea­son I took more time to give a con­certed effort to present this story in the best light for the host. This is a story of Cog­ni­tive Dissonance!

Cog­ni­tive Dis­so­nance
(Social psy­chol­o­gists refer to cog­ni­tive dis­so­nance as the pres­ence
of con­gru­ent rela­tions among cog­ni­tion [thought and under­stand­ing]). “When dis­so­nance is present, in addi­tion to try­ing to reduce it, the per­son will actively avoid sit­u­a­tions and infor­ma­tion which would likely increase the dissonance”.

In this case the host has been told and believes that one must play by the rules of the court at all times. He expe­ri­ences cog­ni­tive dis­so­nance when told that that is not always the case. To under­stand what I was telling the host it is sug­gested that you lis­ten to this short story I call “Seat Belts 3 which should explain how the process works. then lis­ten to the call in, and we can dig deeper after you have.

Please keep in mind that we all agreed that we have the right to con­tract as put forth by the peo­ple for the gov­ern­ing bod­ies in the Con­sti­tu­tion : No State shall enter into any Treaty, Alliance, or Con­fed­er­a­tion; grant Let­ters of Mar­que and Reprisal; coin Money; emit Bills of Credit; make any Thing but gold and sil­ver Coin a Ten­der in Pay­ment of Debts; pass any Bill of Attain­der, ex post facto Law, or Law impair­ing the Oblig­a­tion of Con­tracts, or grant any Title of Nobil­ity.

So the court can’t impair my right to con­tract! Which means they (the court) can’t tell me or you that one must take a lawyer even if he will not con­tract with you. That would be impair­ing your rights. (YOU GOTTA KNOW WHO YOU ARE!)

Lawyers are offi­cers of the court and they are respon­si­ble to the judi­ciary for the pro­pri­ety of their pro­fes­sional activ­i­ties. In other words, their first oblig­a­tion is to the court, which pro­vides them a means of liv­ing. So if you don’t have a con­tract with the lawyer how do you know who he is work­ing for?

Notice that the host first reac­tion is to put the speaker into a cat­e­gory! (ie “He must be a Moore”) which is an error of assump­tion, [an attempt to reduce dis­so­nance] to bring what I am say­ing in line with his think­ing. He refuses to hear that I am more than will­ing to accept a lawyer. But with prej­u­dice , he must sign a con­tract to work for me! This can not be viewed as an unrea­son­able demand as it is part of their trade to write contracts.“So demand a con­tract”!
This seem to be the hard­est fact for the host to accept, an unex­pected curve in the per­cep­tion of the law! Then it really get strange when he starts telling me that “what I want to do is, form a con­tract with the lawyer and accept his appoint­ment
(which is what I’ve been talk­ing about all along!) After the host make some inter­est­ing state­ments about pub­lic and pri­vate in con­junc­tion with courts and debt col­lec­tion!” (I’m not sure he is see­ing the big pic­ture. The fed­eral reserve is not a part of the gov­ern­ment and they are the prob­lem not the solu­tion.)
It’s not clear if he knows that the courts are duplic­ity in action, and if you do not make the court, your court. It becomes or remains a court of equity. As far as being seen by the court, how can any­one see a straw-​man (a fic­tion)? In other words, the only time the court can’t see you is when you do not under­stand! As per the maxim (He who dose not under­stand is not present!) So if the court is act­ing like your not there, it is most likely because you do not under­stand what is going on. When you do under­stand they tend to dis­miss the case or leave the court­room.
Any­way he agrees with me about the rat­i­fi­ca­tion of com­mence­ment, but I am unsure of that because he goes on to talk about com­mer­cial courts .He does not under­stand that a rat­i­fi­ca­tion of com­mence­ment is about the real party of inter­est, and that in com­mer­cial court when deal­ing with the state as the plain­tiff there is no real party of inter­est!

I was promised that he would look into what I was say­ing. As I, in fact asked him to, because of the num­ber of peo­ple who look to him for help. And if he had, he would have been able to help the caller that called in just a few weeks later.
.
This is the sit­u­a­tion that the caller stated he was in. He some­how got into a con­fronta­tion with a pol­icy enforce­ment officer(aka) police, and he was also on pro­ba­tion. He told the host that his court case was that Fri­day and that he would prob­a­bly be going to jail.
And the host agreed, He would be going to jail because there was no way he was going to get the paper­work in!

Which is the rea­son for the emer­gency lit­i­ga­tion process.

I was unable to con­nect via phone that day. 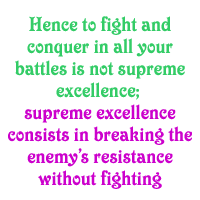 and it might seem to some if I con­tinue, that I have a bone to pick.But as stated I com­mend the afford.
But if requested, I will post a com­ment on them. (errors) If more under­stand­ing is needed…

When the ears of the stu­dent are ready to hear, Then com­mence the lips to fill them with wisdom…

This work is licensed under a Cre­ative Com­mons Attribution-​NonCommercial 4.0 Inter­na­tional License.

We have 25 guests and no mem­bers online