First I should tell you that I don’t believe in the left/​right par­a­digm, but the best way I can think of to describe who I’m refer­ring to is to use that well– known convention.

I was look­ing at The Real News Net­work that has an inter­view with Chris Hedges the topic was The Pathol­ogy of the Rich. This is inter­est­ing to me because I don’t get it. That is George Bush Jr and his ilk. Chris Hedges who went to a school for the super-​rich talk about going to their homes and see­ing chil­dren order­ing around adults. He said this is com­mon that they live in a bub­ble. Any­way, some­how the topic moved to them (The super-​rich) dev­as­tat­ing the planet for– prof­its like a bunch of Feringie’s those myth­i­cal Star Trek aliens. [OK, he didn’t put a name to them] how­ever, that’s how they act, any­thing for some gold press Latium. He said, “And if not stop they will destroy the planet.” Then he said some­thing that made bells go off (Really loud!) He said “if they haven’t already!” (a ref­er­ence to global warm­ing.) I sat up in my seat and said: “He’s compartmentalized!”

It has come to my atten­tion that some might think I don’t like Chris Hedges. That just crazy! But if you are in error it mat­ters not how much I like you. So let me say, this is what I like about Mr. Chris Hedges!

Over the hori­zon or under the Earth

NOT “A Dumb MMA Fighter”

We have 22 guests and no members online 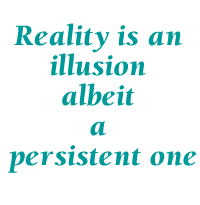 What’s in Your Mask?