Thanks for your com­ment, Here my reply!

ter­adac­tal @adink785 bro I said I want to see Wilder fight Chisora or white and you’re ask­ing me an I new to box­ing 😂 . Ok I said a few boxer’s got spilka out early where as Wilder got swell up and out boxed till he got the KO. In addi­tion spilka not a B or A level fighter and wilder had dif­fi­cul­ties. AJ didn’t run from 50 mil­lion. We all know the story so I ask you, Are you new to box­ing? 😂 Wilder was barely mak­ing 2 mil­lion and turn down 12m 15m, 15m with per­cent­age and AJ will­ing to dou­ble what he made with Fury 1st fight and turn down 100m. Now wilder lost his belt as he got beat up by Fury. Wilder doesn’t take box­ing seri­ously. Wilder doesn’t like to jog, wilder relies on one punch and after fury first fight he now wants to learn the basics 🤦🏾‍♂️if you really love box­ing wilder not learn­ing the fun­da­men­tals should really tell you some­thing. I love the fact that he has power but I respect box­ing as whole Wilder doesn’t clearly to like one thing from Wilder or from a boxer which is only his power tells me you are new to box­ing, a casual or don’t respect the art. 👍🏾 Peace.👊🏾

Here is one thing peo­ple say all the time “WE ALL KNOW THAT!” Now the next thing he should do is tell us, how he know that? But instead of giv­ing any­thing that would lead us to believe he knows what he is talk­ing about he states some unre­lated stuff! I don’t know if you live in Eng­land or not. But I must tell you that the rea­son you might believe that A.J. was a big­ger name (and there­fore should get a big­ger cut) than Wilder is because 1. He is from your coun­try and your cham­pion. 2. The last time you has a champ was the great Lenox Lewis and who knows how long it was before that? In case you didn’t know only hard core box­ing watch box­ing from Eng­land, can you say the same about the U.S. Box­ing pro­gram. Why because most of the champs are here and there­fore, the most com­pe­ti­tion is here! So, just stop talk­ing about how much money A.J. should have got­ten.
Another thing he (A.J.) was a new champ who never said any­thing about unifiy­ing the title. What do all great champs talk about unif­ing. This is a world Champ who wanted to stay in a lit­tle pond. So around the world (NOT IN ENG­LAND ONLY) they were both on the same level as far as fame is con­cern. Except, some­one who K.O.‘s every­one that gets in the ring does get some added atten­tion. But, I’ll give A.J. the benifit of the doubt. So what I am say­ing is all that talk about A.J. should get most of the money is because of fear of being the last fight. Now let’s talk about some of the other B.S. you have been say­ing. If in fact you were truly knowl­egde­able about the fight game you would know there are many styles in box­ing going back to the dif­fer­ence between the rag­ing bull (Jake Lam­ota) and the sweet styles of Ray Rodin­son. So if you say that one should fight this way or that, you just tell on your­self as being less than you think, and don’t know enough about the sport to respect it! What I am say­ing regard­less how you feel about Wilder he is on the top of the moun­tine here and A.J. is on top of a small hill there, but some­how he should get 2⁄3. And if you going to tell me how much he draws, again, that’s on a mole­hill not a mountine.

And you Don’t Even want to talk about Tyson Fury!

And a lot of You guys show bad sports men like conduct.

We have 132 guests and no mem­bers online 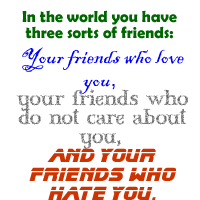