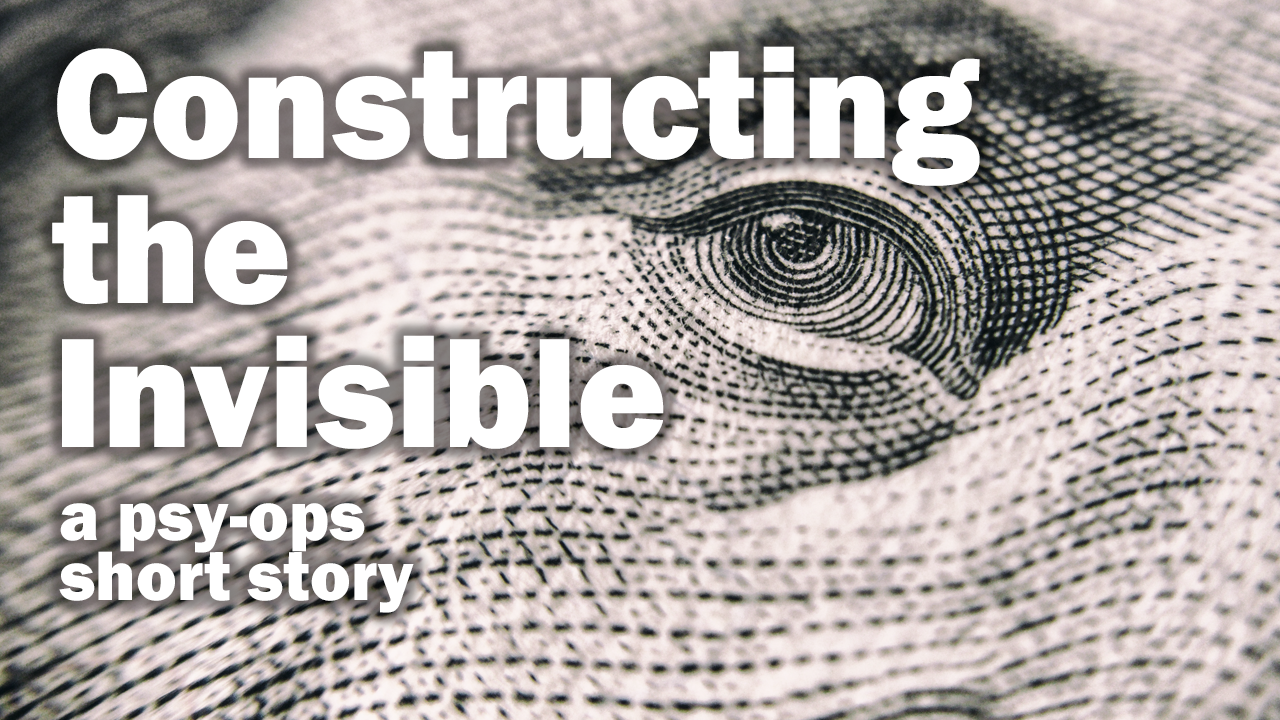 A Fic­tional Story about Bitcoin

“You can’t just…invent a cur­rency out of thin air and expect peo­ple to believe in it,” the Fed­eral Reserve Chair­man said, wav­ing his hand. “Peo­ple aren’t that dumb. Crim­i­nals might be, or rogue states, but not the masses. If they can’t hold it in their hands or eat it or screw it, it has no value.”

The chair­woman of the Board of Gov­er­nors of the Fed­eral Reserve Sys­tem sat to his left, Ms. Kellen. Her legs were crossed, eyes bright under a mop of stark white hair. She nod­ded her agree­ment, but did not speak. She hadn’t spo­ken once yet dur­ing this entire meeting.

“I think you over­es­ti­mate the com­mon man, Mr. Bernakey,” I said. “If there’s profit to be made, peo­ple will see it and want a piece of it. It will start small, but it will snow­ball, and it will be huge. It doesn’t have to make sense, it just has to work.”

He stared at me like I had bananas grow­ing out of my ears.

“And your plan is what then? Beyond this…fake money thing.” He breathed the words with a sigh, like one just want­ing to fin­ish his day so he might go home to a glass of bourbon.

I set­tled into my chair and looked around the for­mal office of the high­est finan­cial power in the world. Bar­ring my own posi­tion, that is.

As the Chair­man of the Indus­try and Com­merce Bank of China, I’d have firm foot­ing to argue my own office had a louder voice than this old man in front of me and his Fed and this lady’s Board of Gov­er­nors. But I would say no such thing out loud, and dipped my head in what they prob­a­bly took as a ges­ture of respect even as it hid the smirk on my face.

“Let us say, Mr. Bernakey, that we fund the devel­op­ment and pro­mo­tion of a cur­rency that is purely elec­tronic, entirely decen­tral­ized, and relies on the profit-​taking greed and para­noia of man to suc­ceed. Let us also say that we let it roam free…grazing within the pas­ture that we’ve already fenced off.”

Mr. Bernakey frowned, tilt­ing his head as he glanced at the woman, but I could see my words were mak­ing him curi­ous. My Eng­lish was good, and I was hand­some, polite and well dressed. He couldn’t help but listen.

“And so,” I said, stand­ing sud­denly from my chair and strid­ing very pur­pose­fully to the win­dow, estab­lish­ing a sense of con­trol and dom­i­nance. “We allow this invis­i­ble cur­rency to grow slowly, organ­i­cally, via…how do you say it? Grass­roots efforts? I expect it will remain quiet and dor­mant, like those sleeper cells your peo­ple are always wor­ried about. For years it will coerce the hearts of men with promises of profit, dur­ing which we will take con­trol of the var­i­ous min­ing hubs as they arise.” I was on a roll now, and I smiled out the win­dow at the cold snowy roads and bare trees of Wash­ing­ton D.C., pausing.

“And then?” the Fed chair­man said.“Then we start­ing feed­ing the mon­ster. Slowly, we invest money into it. Only mil­lions at a time to start, just pen­nies in the grand scheme. Then bil­lions. The decen­tral­ized nature will allow us to manip­u­late it how­ever we want, since we will have more skin in the game than any­one else.” I turned to them and saw I had their full atten­tion. “And then, the value of this false cur­rency, this intan­gi­ble asset, will come into the pub­lic eye. We’ll denounce it, of course, and your banks will denounce it, and that will make it rise all the more.” 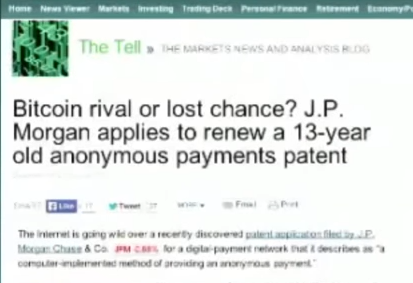 “To what end?” Mr. Bernakey said, lean­ing for­ward in his high-​backed desk chair. It creaked loudly in the pause. “How long do we play this game?”

I had already con­sid­ered these ques­tions. As chair­man of the largest bank in the world, it was my job to know the posi­tion of every player in any game I played. And this was a game.

“We play until we win. Decades, per­haps.” I saw the dis­may on their faces. “Let me tell you, Mr. Bernakey, and you, Ms. Kellen, that this is a long game. My bank, and every bank in the world, have seen the writ­ing on the wall. The inter­net is a game changer. Elec­tronic pay­ments are a game changer. Decen­tral­iza­tion is going to be every­where. But we can­not have it be in the bank­ing sys­tems. We can­not lose con­trol of our money. Cryp­tocur­rency is going to be huge if we allow it. But we can­not allow it to win.”

“I don’t under­stand,” Mr. Bernakey said. “Why would we cre­ate it then? Why would we build it up?”

“It’s going to be cre­ated whether we like it or not, sooner or later. Some groups are already work­ing on it. We need to get in on the ground floor and con­trol it before they do.”

“Mr. Jianx­ing, with all due respect,” Mr. Bernakey said, spread­ing his hands. “My posi­tion here is appointed. Surely you know this. My term runs out in 2014. I may not be here to see this through.”

“Ah. Yes,” I said with a smile. “And this is why we have our good lady here, Ms. Janet Kellen.” I bowed towards her with more def­er­ence than I had shown before. “Soon, we will meet to choose your next Pres­i­dent, pos­si­bly a woman this time, or pos­si­bly a black man, some­thing unique, I don’t know,” I shrugged. “We will direct him to select Ms. Kellen as your replace­ment. And she will see this through.”

“And what, Mr. Jianx­ing, will I be see­ing through?” The old lady spoke for the first time, and I smiled at her with some­thing I hoped looked sincere.

“There will come a time in the near future when our com­bined gov­ern­ments — your United States and my China — will have pumped up the value of this cryp­tocur­rency so high, and will have drawn in so many cit­i­zen investors, the value will be obscene and embar­rass­ing for a thing that has no value. Per­haps $15,000 of your US dol­lars per coin. Maybe $18,000. At that point, we will sell, your gov­ern­ment and mine. We will dump. Cryp­tocur­rency will col­lapse in a heart­beat, and after that I guar­an­tee that nobody will trust the value of a thing they can­not hold in their hands and put in their wallet.”

Mr. Bernakey and Ms. Kellen both looked at each other, and I could see silent words pass between them. Then they both nodded.

Edi­tors Note: The Bit-​Coin Rival Image is not fictional.

We have 41 guests and no mem­bers online 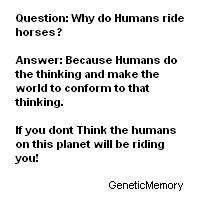