I’ve been asked why do you keep say­ing [so-​called] when talk­ing about peo­ple! I’m hop­ing that the cog­ni­tive dis­sonace is not so ingrained that you will not be able to under­stand this sim­ple con­cept. I had a con­ver­sa­tion with a young lady who, after my stat­ing that I was a brown man, said “No you are a black man.” At this point I nor­mally would say “You need to go back to the 1st grade and review the les­son given to you about col­ors” or “Please take these crayons and take long look in the mir­row” For­tunetlly, this works if you belive that you are black or white. If the prob­lem is just that these words have become the cus­tom for brown peo­ple, because we have been using this term which saw it’s begin­ings use in the 1960’s, how much more can we expect that the cog­ni­tive dis­so­nance of so called white peo­ple must be. What seem to hap­pen in my case is that I lose favor with many of my rela­tion­ships. Some­times I even think some of them might think that I’m what one would call an uncle Tom.

In a post on this site Dr. Cyn­thia Ann McK­in­ney explains a con­cept from Paulo Reglus Neves Freire out­lined the mech­a­nisms of Oppres­sion and the tools for lib­er­a­tion. The mech­a­nisms of Oppres­sion are, Con­quest, manip­u­la­tion, divide and Rule and cul­tural inva­sion. Most of us know the high­lighted text as divide and con­quer, it’s the same thing. Because if you can be ruled you have been con­quered. There are so many things that we are not talked about by our lead­ers (so-​called) black and white, and I have to won­der, do they know? If we want to think that they really have our inter­est at heart why have we not been told these thing? But what is even wrost is if they don’t know! That I don’t like to think about. When you get right down to the real­ity of the mat­ter, you will never be able to tell who is just and who is not by look­ing at the hue of their skin. I say hue and not color because beige is just another way of say­ing light brown. And the fact that I see (and it may be a case of my lieing eyes) is that every­one is the same color, brown, how­ever, there are many shades. The dif­fer­ance in peo­ple is cultural!

This also becomes a prob­lem when one saids black lives mat­ter. And I come back and say “Brown lives mat­ter” because to me, that like say­ing all lives mat­ter! And the real­ity is all lives mat­ter because the truth is we are all one. That’s right even the dregs of soc­ity are part of us. The fact is that there is dual­ity in every­thing! Evil and good­ness are not two things, you can not have good with­out evil or evil with­out good. But it is on you to deter­mine what you will fight for. “Free Will!”

What I didn’t say, but will add it now is the fac­tor of lin­quis­tics or philol­ogy! ” The sci­ence of lan­guages, or of the ori­gin, sig­ni­fi­ca­tion, and appli­ca­tion of words; glossology.”

In other words if you believe you can change the mean­ing (and feel­ing) of the word black by just nam­ing you­selve “Black” then maybe you should think that one over again. Also, (so-​called) white peo­ple don’t want (or feel they need to) change the idea of white and could not if they wanted too. Why do you think they pick that name for themselves?

Because it is pos­i­tive! Now if you are of the oppin­ion that they are the oppisite of your­self, you still should have had the though “Hmm, black dose have negi­t­ive cono­ta­tions or ref­er­ences!” The prob­lem it seems to me is that no one stops to think, The words and the cono­ta­tions of the words came before any­one named them­selves black or white.

Right click and open image in new tab to read

The real­ity of the mat­ter above depends on if one is talk­ing about col­ors or people!

Genet­icMem­ory is an open plat­form if you have some­thing to say for the benifit of all you are wel­come to say it here! The forum is open for users to start a topic or just say what they like, as long as it is said respectfully. 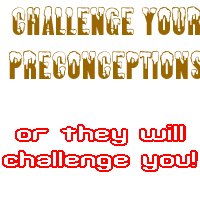 Yes­ter­day I went to the cor­ner store, I got what I wanted and got online. The guy in front of me turn around and look at me as if to say back up! I asked him what the prob­lem was and he said “give me a lit­tle pro­tec­tion.” To which I asked, “Why are you wear­ing a mask are you not pro­tected?” OK, wait for this, he said to me “Social dis­tance”. So I asked him, if he was wear­ing the mask for social dis­tanc­ing? And he reply “you know more than me, you tell me why?” You might think that the end of the story, but no I got more!
When I started to tell him about OSHA, a young lady (with her mask half on) said “He’s Right!” maybe she saw the test. And the other guy in the store with his mask on, when I hap­pened to look his way said ” I’m only wer­ar­ing it because every­one looks at you funny if you don’t” Mak­ing me think, hmm maybe he is not a believers…

We have 34 guests and no mem­bers online 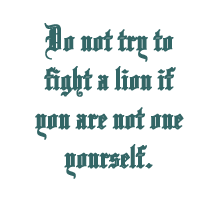