It was Sep­tem­ber of 1814. The British had sacked Wash­ing­ton and torched the White House. The con­flict became known as the War of 1812, even though it was in its third year.

The British had also taken pris­on­ers, includ­ing a pop­u­lar doc­tor from Prince George’s County in Mary­land. A friend of the doc­tor sailed on a ship fly­ing a truce flag to nego­ti­ate a pris­oner exchange with the Royal Navy.

The mis­sion was suc­cess­ful; British com­man­ders agreed to free the doc­tor. But while on the ship, the man — a 35-​year-​old lawyer named Fran­cis Scott Key — over­heard plans for a sur­prise attack on Bal­ti­more. He and the doc­tor would not be allowed to leave until the attack was over.

That’s how Key ended up wit­ness­ing the bom­bard­ment of Fort McHenry while aboard a British ship. He couldn’t tell from his van­tage point who had won or lost. But at dawn, he saw the Amer­i­can flag, 15 stars and 15 stripes at the time, still wav­ing over the fort and was inspired to write a poem. Soon, it was set to the tune of an exist­ing song.

That’s the short ver­sion of how “The Star-​Spangled Ban­ner” came to be.

The longer ver­sion — of both the song and the story of the man who wrote it — reveals not only why it has become con­tro­ver­sial now, in this sea­son of racial reck­on­ing, foot­ball and pres­i­den­tial cam­paign­ing, but why it was too con­tro­ver­sial to become the national anthem for more than a cen­tury after it was written.

First, a few things to know about the War of 1812: One of the main issues was the British prac­tice of impress­ment — the forced con­scrip­tion of Amer­i­can sailors to fight for the Royal Navy. Plus, the British promised refuge to any enslaved Black peo­ple who escaped their enslavers, rais­ing fears among White Amer­i­cans of a large-​scale revolt. The final provo­ca­tion was that men who escaped their bonds of slav­ery were wel­come to join the British Corps of Colo­nial Marines in exchange for land after their ser­vice. As many as 4,000 peo­ple, mostly from Vir­ginia and Mary­land, escaped.

It’s impor­tant to know these things because “The Star-​Spangled Ban­ner,” orig­i­nally called “The Defense of Fort M’Henry,” has more than one verse. The sec­ond half of the third verse ends like this:

No refuge could save the hireling and slave

From the ter­ror of flight or the gloom of the grave,

O’er the land of the free and the home of the brave.

These lyrics are a clear ref­er­ence to the Colo­nial Marines, accord­ing to Jef­fer­son Mor­ley, author of “Snow-​Storm in August: Wash­ing­ton City, Fran­cis Scott Key, and the For­got­ten Race Riot of 1835.” They are clearly meant to scorn and threaten the African Amer­i­cans who took the British up on their offer, he wrote in a recent essay for The Wash­ing­ton Post. Key surely knew about the Colo­nial Marines, and it’s even pos­si­ble he saw them among the con­tin­gent of British ships that sailed into Bal­ti­more Harbor.

The his­tory of ‘Lift Every Voice and Sing,’ the Black anthem being played at NFL games

But Mark Clague, a musi­col­o­gist at the Uni­ver­sity of Michi­gan and an expert on the anthem, dis­agrees. In 2016, he told the New York Times: “The ref­er­ence to slaves is about the use, and in some sense the manip­u­la­tion, of Black Amer­i­cans to fight for the British, with the promise of free­dom.” He also noted that Black peo­ple fought on the Amer­i­can side of the war as well.

Whether manip­u­la­tion or not, the British kept their word to Colo­nial Marines after the war, refus­ing the United States’ demand that they be returned and pro­vid­ing them land in Trinidad and Tobago to reset­tle with their fam­i­lies. Their descen­dants, called “Merikins,” still live there today.

And even if these lyrics aren’t meant to be explic­itly racist, Key clearly was. He descended from a wealthy plan­ta­tion fam­ily and enslaved peo­ple. He spoke of Black peo­ple as “a dis­tinct and infe­rior race” and sup­ported eman­ci­pat­ing the enslaved only if they were imme­di­ately shipped to Africa, accord­ing to Morley.

Dur­ing the Andrew Jack­son admin­is­tra­tion, Key served as the dis­trict attor­ney for Wash­ing­ton, D.C., where he spent much of his time shoring up enslavers’ power. He strictly enforced slave laws and pros­e­cuted abo­li­tion­ists who passed out pam­phlets mock­ing his juris­dic­tion as the “land of the free, home of the oppressed.”

He also influ­enced Jack­son to appoint his brother-​in-​law chief jus­tice of the United States. You may have heard of him; Roger B. Taney is infa­mous for writ­ing the Dred Scott deci­sion that decreed Black peo­ple “had no rights which the White man was bound to respect.” A statue of Taney and a school named after Key have been recent sub­jects of scrutiny dur­ing the protests fol­low­ing the police killing of George Floyd.

Although “The Star-​Spangled Ban­ner” and all of its verses were imme­di­ately famous, Key’s overt racism pre­vented it from becom­ing the national anthem while he was alive, Mor­ley wrote. There was no offi­cial anthem, and many peo­ple chose to sing other songs, like “My Coun­try ‘Tis of Thee.”

Key’s anthem gained pop­u­lar­ity over time, par­tic­u­larly among post-​Reconstruction White South­ern­ers and the mil­i­tary. In the early 20th Cen­tury, all but the first verse were cut — not for their racism, but for their anti-​British bent. The United King­dom was by then an ally.

After the mis­ery of World War I, the lyrics were again con­tro­ver­sial for their vio­lence. But groups like the United Daugh­ters of the Con­fed­er­acy fought back, push­ing for the song to be made the offi­cial national anthem. In 1931, Pres­i­dent Her­bert Hoover made it so.

Gillian Brock­ell is a staff writer for The Wash­ing­ton Post’s his­tory blog, Retrop­o­lis. She has been at The Post since 2013 and pre­vi­ously worked as a video editor.

Editor’s Note: For those who call them­selves white peo­ple, know the nation’s his­tory! No one can blame the deeds of the past to the peo­ple of the present. All one can do is to make sure one is not twist­ing the knife in the womb, by not know­ing his­tory. And thereby being par­ti­san to that of which you know lit­tle. Because in these days any­one can be a racist. Once you stop think­ing in divi­sion, then you see every one is some shade of brown. Beige, is just another shade of brown. And racism, in it’s essence, is the power to deny some other per­son, or per­sons, their rights or pisi­tion arbitrarily.

We have 86 guests and no mem­bers online 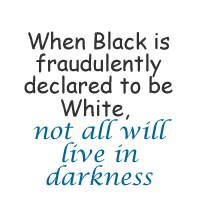